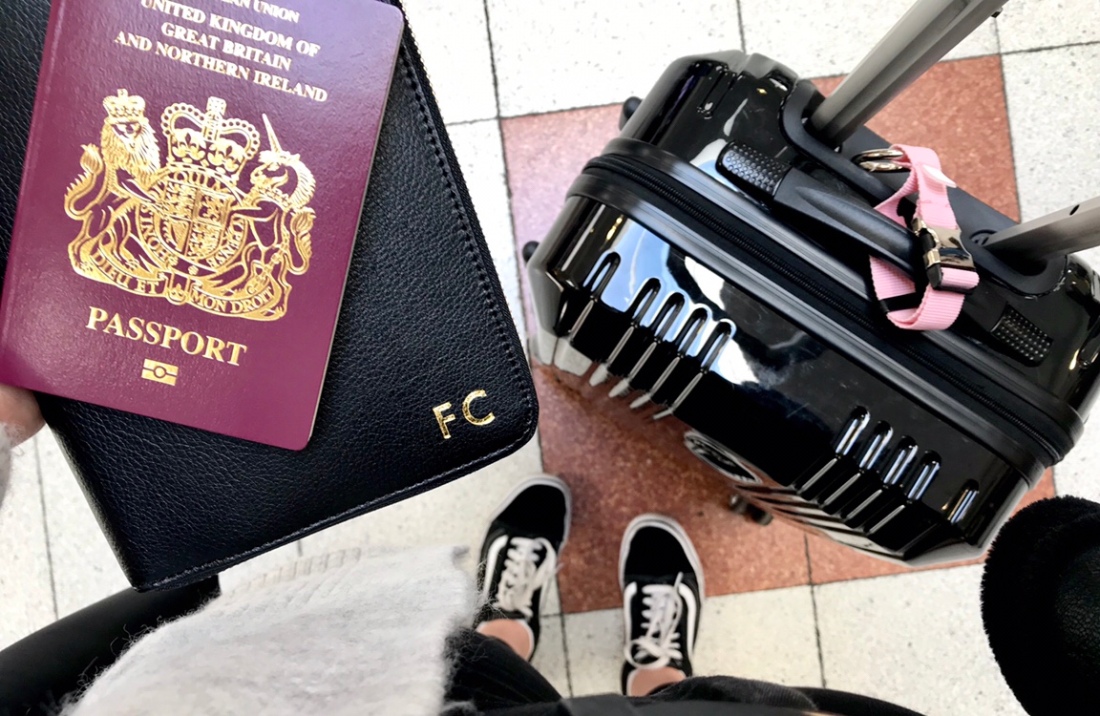 Sunday aka moving day came around all too quickly. Packing on the Friday and Saturday was a little stressful and I don’t know how I managed to fit everything in but all my possessions went into two suitcases and a carry on, maybe also a second hand luggage bag too but who’s counting?

My flight wasn’t until Sunday afternoon so my parents and I drove down to my sisters on Saturday for a final family dinner before I left. They had put up some French and English posters and cooked some of my favourite treats for when we arrived. It was so nice to spend my last night there as I’d been living with my sister and brother-in-law for the last few months. On Sunday my parents drove me to Gatwick so I could catch my flight. Saying goodbye was really hard, I tried not to cry too much as I was leaving to do something really exciting but it’s quite different going to the airport knowing you won’t be coming back for a couple of months as opposed to going for a holiday. My flight was delayed so I had some time to kill once through security. I decided to get myself a glass of champagne and take a moment to enjoy myself and be proud of the decision I’ve made.

The flight went by in a flash, Charles de Gaulle is a fairly small airport so I was through security and collecting my bags in no time. The family were coming to collect me and were waiting just outside of the arrivals hall. As I expected they were really nice and friendly and I knew straight away that I had made the right choice. They live about 20 minutes from the airport in a small suburb of Paris. The family speak fluent English so we were talking a lot about what could be seen out of the windows, how my journey from London was etc. On arrival at the house I was given a grand tour by the children and then left to sort some of my things out for a little bit.

I’ve been made to feel incredibly welcome and as they speak English so well communicating has been very easy so far. I’ve been here for four days now and I’m starting to pick up a few words here and there, I have some basic French already so I think what I learnt in school is starting to come back to me. The parents are beginning to say a few things to me in French to help me learn and also to see what I can understand. They’re easing me in slowly so I have a better chance of understanding. I’ve been looking at French courses in central Paris and think I’m close to deciding which one I’m going to take. A lot of the schools run courses designed for Au Pairs so that they fit around the general schedule an au pair might have. Once I start school I’ll most likely have lessons four days a week for a couple of hours each day. I never thought I’d say this but I’m really looking forward to learning again!

There isn’t much else to update on at the moment as the children’s activity schedules haven’t been set yet and school doesn’t start fully until tomorrow so I’ve been spending a lot of time at the house. I think I’m going to head into central Paris tomorrow to explore a little and pick up a couple of things for my room!

View all posts by SAVOIR FAY by Fay Collins

One thought on “ARRIVING IN FRANCE…”

This site uses Akismet to reduce spam. Learn how your comment data is processed.